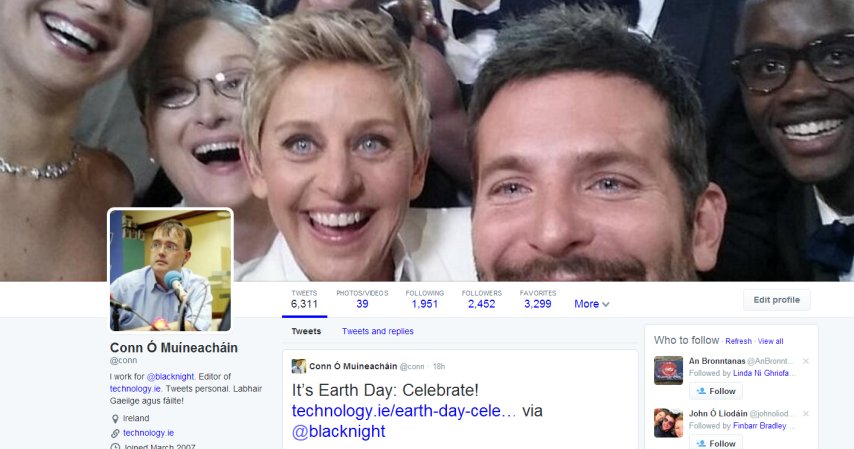 Twitter’s new look for profiles has been rolling out over the past week or so, and many Irish users have found themselves invited to try it out today.  The main feature is the addition of a large “header photo” like the cover image in Facebook and Google plus.  This is a great opportunity for the photographers and graphic designers among us – but for some of us, it can be a source of stress. I’ve managed to raid Ellen’s Oscar selfie to fill the void for now, but I have a nagging suspicion that she and her friends are laughing at me, not with me.

Another feature of New Twitter is the relative size at which tweets are displayed, giving different weight to a tweet depending on its relative popularity.  There’s also an opportunity to pin a tweet to the top of the page, if you happen to have one of which you are particularly proud.

If you haven’t been invited to try Twitter’s new look yet, you can request it here.  Better go find yourself a cool header photo first, though.