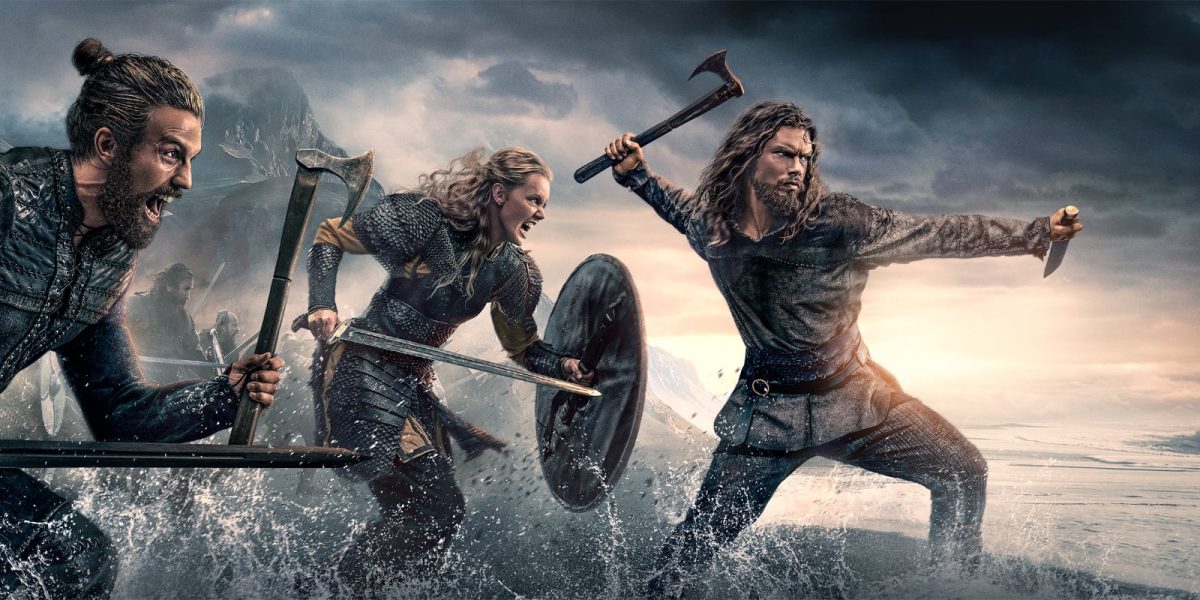 By Michele Neylon on February 17, 2022 in Video
38
SHARES
ShareTweet

The original Vikings TV show aired on History channel and was incredibly popular. Irish viewers can watch it on Amazon Prime Video.

Coming to Netflix soon, however, is a sequel: Vikings Valhalla.

The show, which is set 150 years later than the original Vikings, will debut on Netflix next week on February 25th at 8am.

Why do we care?

Well both the original Vikings and Vikings Valhalla have a really strong Irish connection, that’s why!

The show’s first season will have 8 episodes, each 1 hour long. Irish viewers might recognise some of the settings for the upcoming drama as it was shot in its entirety here, with locations including Ashford Studios, Ashford; Luggala Estate (Lough Tay/ Viewing Point/ Meadow/ Duck Pond); Cloragh Farm, Ashford; Avondale; Nuttall’s Farm, Newtownmountkennedy; Childer’s Woods, Lough Dan; The Rookery, Newcastle and Coolnawinna, Co Wicklow.

Netflix have released a featurette with Irish Executive Producer Morgan O’Sullivan as well as several of the cast:

Set over a thousand years ago in the early 11th century, VIKINGS: VALHALLA chronicles the heroic adventures of some of the most famous Vikings who ever lived — the legendary explorer Leif Eriksson (Sam Corlett), his fiery and headstrong sister Freydis Eriksdotter (Frida Gustavsson), and the ambitious Nordic prince Harald Sigurdsson (Leo Suter). As tensions between the Vikings and the English royals reach a bloody breaking point and as the Vikings themselves clash over their conflicting Christian and pagan beliefs, these three Vikings begin an epic journey that will take them across oceans and through battlefields, from Kattegat to England and beyond, as they fight for survival and glory.

The show will be available to stream on Netflix from Friday February 25th 2022 at 8am.