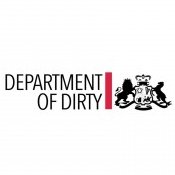 Mobile ISPs in the UK have been filtering the Internet by default for some time. Non-mobile ISPs began implementing filters this year for new subscribers. The telecoms regulator Ofcom has published a report on these measures which indicates major differences in the nature of the filtering and in how it is presented to users. 4% of Virgin users have accepted the filters; 5% of BT users and 8% of Sky users. TalkTalk stands out from the others with 36% accepting the filtering

OSG argues that filtering is ineffective at protecting children, while it also blocks many legitimate websites. There is no statutory basis for the UK regime and no public oversight over which websites are blocked.

The ISP Association of Ireland has previously expressed its opposition to this kind of filtering, arguing that any such system should be under the control of “a publicly appointed body (a censorship board as used to exist for films, books, etc.) which is governed by law, has transparent processes and is answerable to government”.

“It is totally inappropriate that this responsibility should be divested to private commercial companies whose business and skills are to provide Internet infrastructure.”

Describing itself as “totally committed to safer Internet policies for children“, the association points out the UK is alone in adopting a “knee-jerk” response to an issue which should be coordinated with other EU states.

We in Ireland would do well to consider carefully the impact that any rash adoption or attempted copying of UK measures might have here in the light of current and future EU legislation and policy.

ISPAI holds that any action to control or regulate adult pornography must be directed at the so called “adult content” industry. That is, the businesses that produce and publish their sexually explicit material on websites, or operate user-generated content sites, where such material is openly accessible by persons of all ages including children. This will likely necessitate regulation or legislation and co-ordination at EU level. It is misdirected and ultimately ineffective to try to tackle this issue through the Internet infrastructure providers.

(Disclosure: Technology.ie is owned by Blacknight, which is a member of ISPAI)