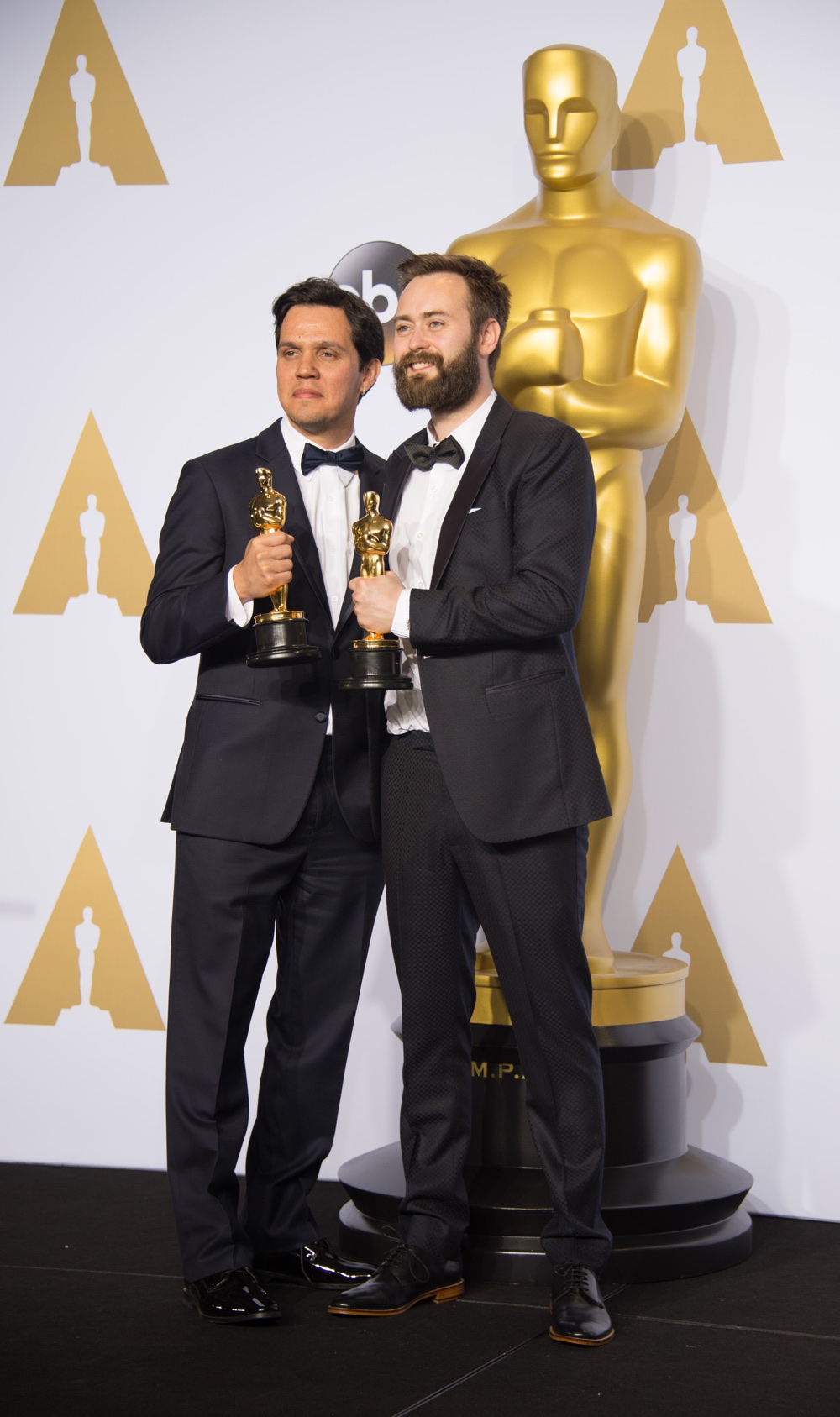 By Michele Neylon on February 29, 2016 in Events
0
SHARES
ShareTweet

Shan Christopher Ogilvie and Benjamin Cleary pose backstage with the Oscar® for Best live action short film, for work on “Stutterer” during the live ABC Telecast of The 88th Oscars® at the Dolby® Theatre in Hollywood, CA on Sunday, February 28, 2016.

You know, when you make your, your first ever film, you’ve gotta convince a lot of people to jump on board and take a risk with a first-time director, and, you know, to every single member of the cast and crew of “Stutterer” for jumping on board and taking that risk with me I’m forever grateful. And to the Academy for this award. It’s such a huge honour. Thank you so much.

RTE has made the film available to watch online via the RTE Player. It’s accessible until Sunday 27 March 2016.

You can also get all the shortlisted “shorts” via Apple iTunes.