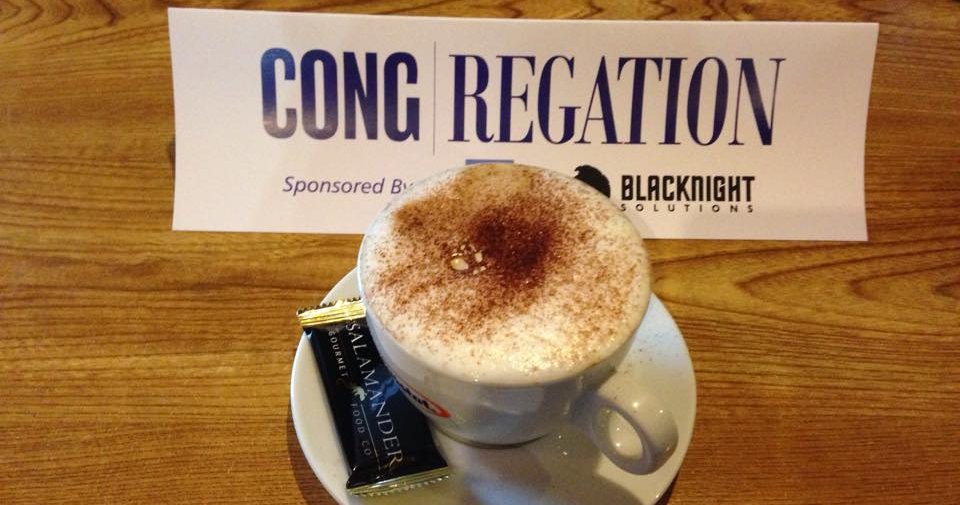 By Conn Ó Muíneacháin on November 29, 2014 in Events
0
SHARES
ShareTweet

I couldn’t make it to Congregation today , but I’m watching the hashtag #Cong14 with interest as about 50 participants engage in ‘huddles’ to discuss social media, marketing and content in various locations around the village of Cong, Co Mayo.

The venues are bookshops, cafes, bars, and an art studio dotted around the little village famous as the location of the John Wayne film The Quiet Man.

Ironically Eamonn Grant, who’s head of online for AA Ireland, had to turn back this morning due to car trouble. It can happen to any of us! Eamonn can rest assured that he has made his contribution to the event. Check out his post on helping an already successful organisation overcome its ‘fear of digital’.

@congregation13 Sorry guys, I'm not going to make it down. I had to turn back. Cutting out every few mins. Car trouble. @TheAAie #cong14

Those who made it to Cong last night or this morning are enjoying a unique opportunity to reflect and connect. But as Congregation organiser Eoin Kennedy has pointed out, the benefits extends beyond a single day in a single place. Those who are there will take Cong with them and continue relationships online. The collected submissions will be available later as an e-book – or just browse and comment on the Congregation website.

This is just a taste of what’s being discussed in Cong today. Check out the full selection, including last year’s submissions, on the Congregation website.

Congregation is a fantastic idea: deliberately small and intimate; reflective and collaborative. Its continued success is a credit to Eoin Kennedy – and you don’t even have to attend to participate (although you’re missing a lot of fun if you don’t!)

22,000 people payed big money earlier this month for a frenzied, wonderful, loud and exhausting experience at Web Summit in Dublin. Congregation is just a pebble in a pond compared to Web Summit’s tsunami. But for those who are there, and those others who engage online, there is plenty of food for thought, and opportunity to improve.

Congregation is proudly sponsored by Blacknight.