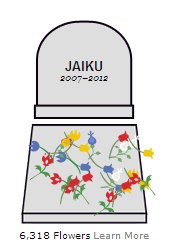 By Conn Ó Muíneacháin on March 29, 2013 in Podcasts
0
SHARES
ShareTweet

Just back from meetings in Brussels and London, Michele joins Conn for a podcast.  They check out the Irish language version of EURid’s site and look ahead to ICANN 46, next week in Beijing.

Michele explains the Cyberbunker attack on Spamhaus: who are they, and what’s behind it.  And are some people guilty of exaggerating its effects?  Here’s a video with some insight into the technical aspects of the attack.

Veronica Mars Movie raises 2 million in 10 hours to turn an old TV series into a movie.  Slate sets up a Google Graveyard.

Why everyone should register a domain name.  What is a “like” worth?

Technology.ie is brought to you by Blacknight, Ireland’s largest provider of domains and hosting.  Check out the Blacknight Blog for the latest offers!