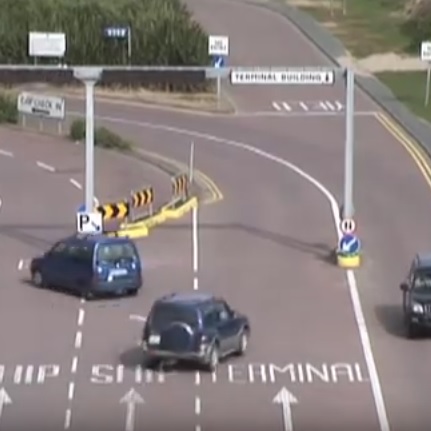 By Conn Ó Muíneacháin on January 29, 2016 in Humour
17
SHARES
ShareTweet

This video is hilarious – or rather it would be if it wasn’t also rather scary. Bizarre directions at a junction at Rosslare Harbour result in consistent chaos: almost every car that comes into view has to swerve dangerously or reverse – and that’s not counting the ones who opt to drive the wrong way, or the guy who stops on the road and gets out to pee!

The video, by Wexford artist Michael Fortune, racked up a respectable 163,000 hits on YouTube since 2010. But since he’s uploaded it to Facebook it’s clocked another 229, 000 views in just two days!

Of course, Facebook isn’t very fussy about what it counts as a view, but there’s no doubt that Michael’s video is performing well.

Donald Trump As A Cockney
Phones, Lobsters and False Teeth Left Behind in Irish Hailo Cabs