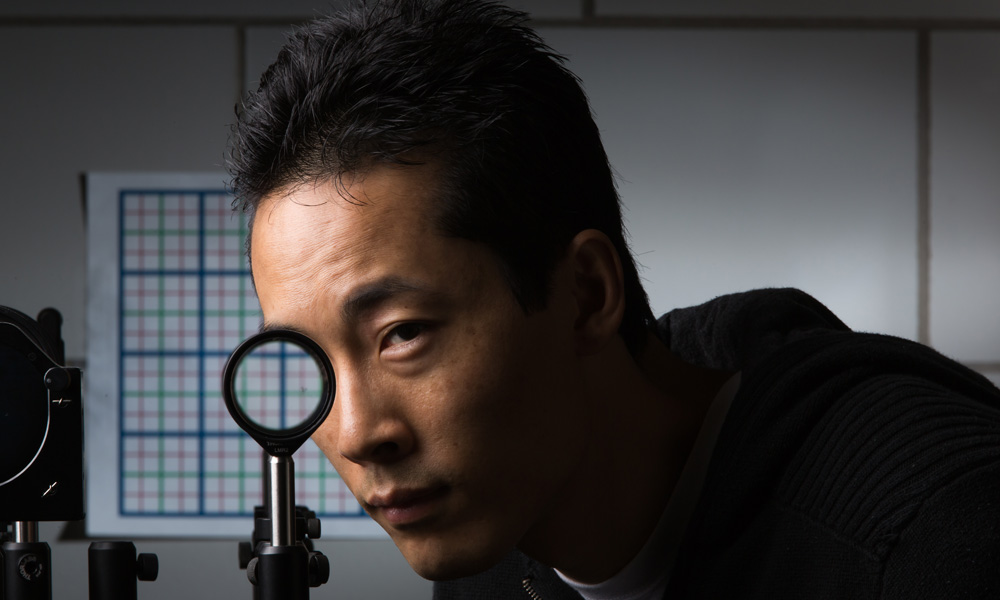 By Conn Ó Muíneacháin on October 6, 2014 in Video
0
SHARES
ShareTweet

Researchers at the University of Rochester in New York have built a cloaking device using simple lenses; one that works from a range of viewpoints to bend light around an object and make it appear invisible.

Simple cloaking with lenses or mirrors is pretty straightforward, but it generally depends on the viewer remaining in a particular position. What Professor John Hopkins and his team have done, however, is to build a device which works from a range of angles, so that as the viewer moves, they observe a parallax effect with the visible background, while the cloaked object remains invisible.

In the simplest version of the device, as demonstrated in the video above, the viewer can move within a range of about 15 degrees without the object becoming visible.

While the military applications are obvious, Professor Hopkins envisages a range of possible applications for cloaking, such as letting a surgeon look through his hands to see what he is operating on, or allow truck drivers to see through blind spots on their vehicles.

A patent has been filed for the device.