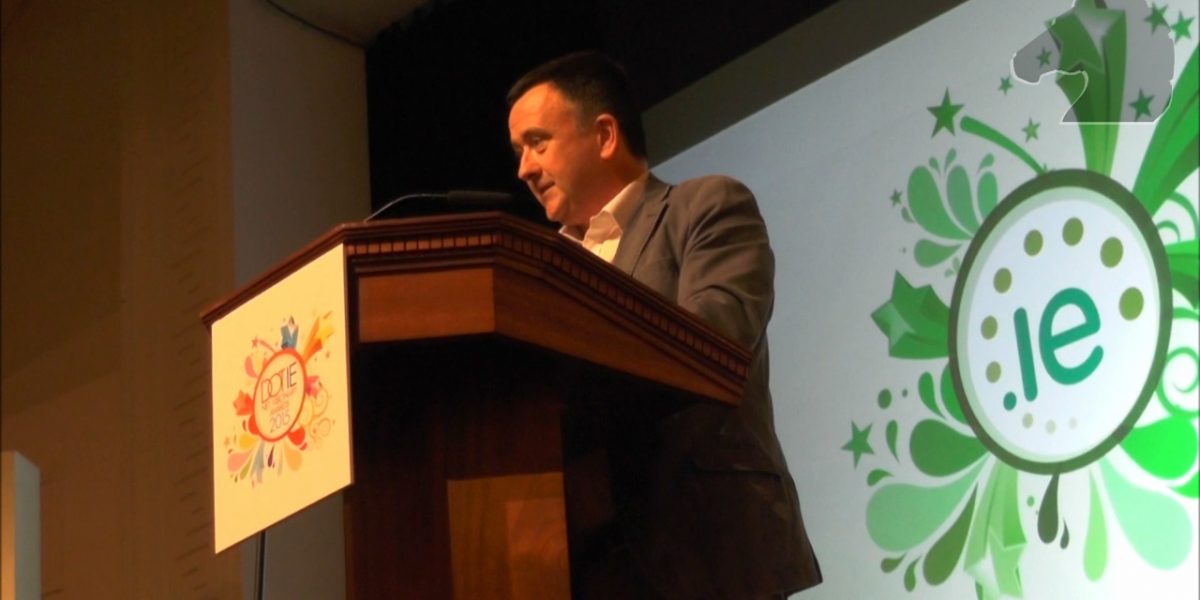 By Conn Ó Muíneacháin on October 13, 2015 in Video
0
SHARES
ShareTweet

The Net Visionary Awards were held on Friday night at the RDS Concert Hall, organised by The Irish Internet Association and sponsored once more by the IEDR, the DotIE registry.

Each year awards are presented in 17 categories, with the highlight of the evening being the conferring of the title ‘Net Visionary’ on the person who has displayed extraordinary vision, innovation and leadership in the Irish Internet industry. This year’s Net Visionary Award went to Colm Lyon, founder of Realex Payments, whose €115 million exit this year was celebrated by the community as a fitting reward for 15 years of hard work and innovation, and the vision of the small group of family and friends who invested in his venture in 2001.

Technology.ie was there. Our video includes the citation by IIA CEO Joan Mulvihill, the presentation by David Curtin of IEDR, and Colm Lyon’s acceptance speech.

Mr Lyon thanked the IIA and his investors and staff. He talked about the satisfaction of seeing those investors rewarded, and lamented the changes to the Business Expansion Scheme which have made it more difficult for indigenous companies to raise investment. He expressed hope that the Government would heed the calls of Irish entrepreneurs to differentiate between entrepreneurship and speculation, and to make it easier for startups to get investment and to reward staff.

“My inspiration”, he said, “comes from the people that I meet”.

Technology.ie is brought to you by Blacknight, who also sponsored the ‘Best Website’ award at the event. In addition, our CEO Michele Neylon was one of the 10 inaugural members of the Net Visionary Hall of Fame announced on the night. We’ll have more about that later in the week, but for now, heartiest congratulations to Colm Lyon!

Bonus: Hear Colm talk about the Realex acquisition in this podcast.