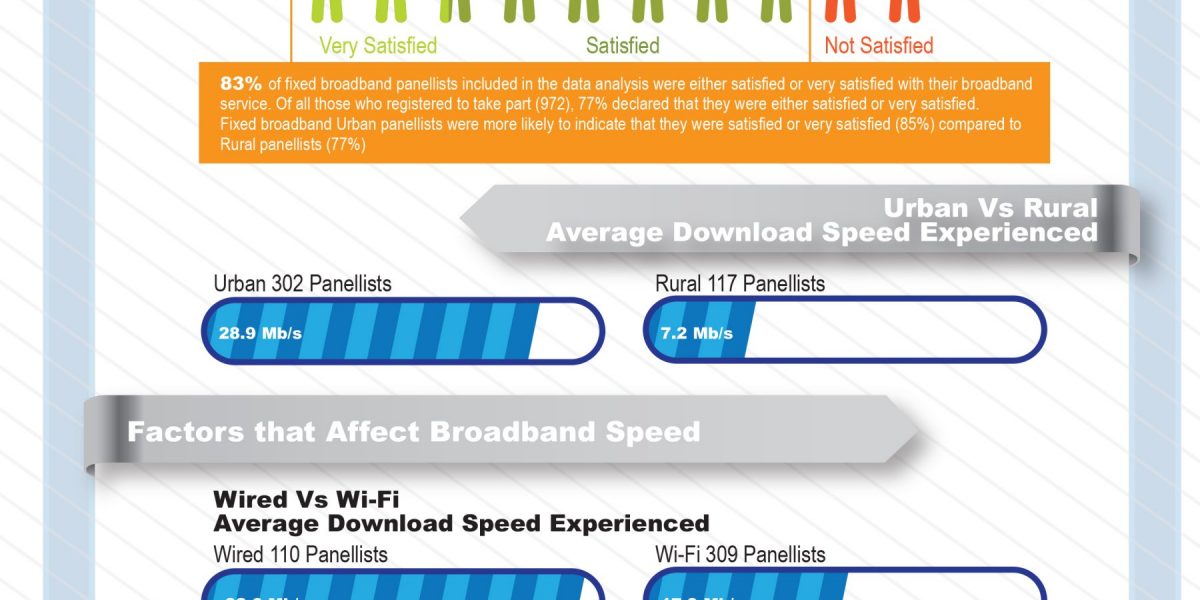 The Commission for Communications Regulation (ComReg) has published the results of a survey on broadband speeds. Unsurprisingly, they report that customer satisfaction is correlated with the transfer speed experienced by users (and that rural users are especially challenged).

Full details of the ComReg Broadband Speed Test are contained in ComReg document 15/81. the results of the pilot survey are summarised in the following infographic (click to enlarge). 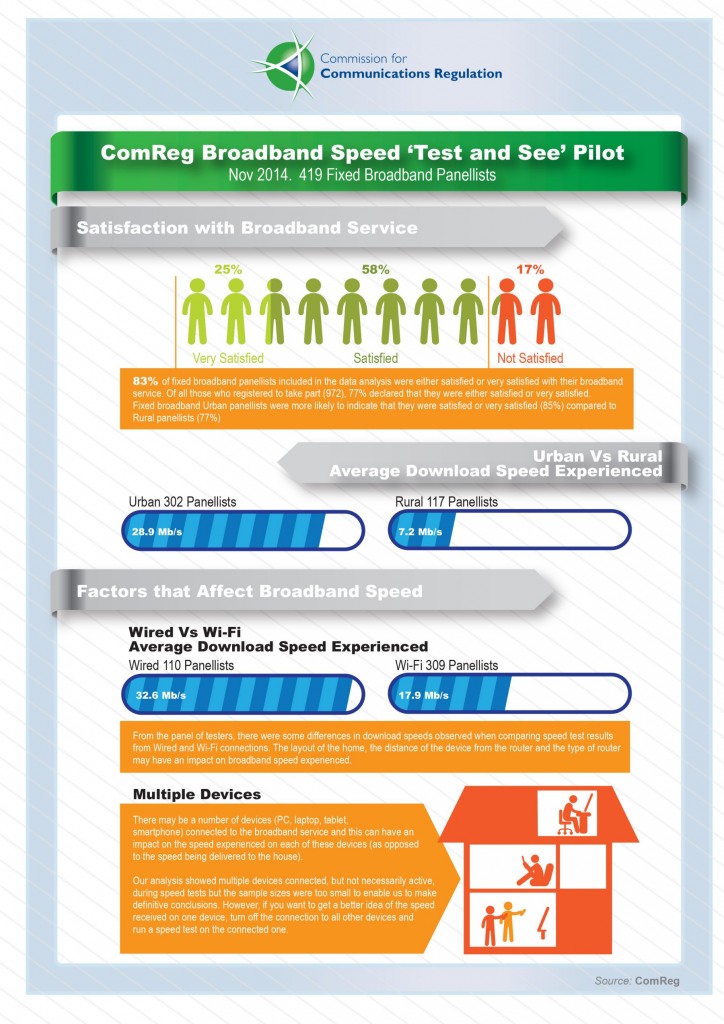