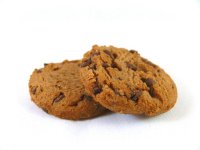 By Conn Ó Muíneacháin on January 11, 2013 in Podcasts
13
SHARES
ShareTweet

Brought to you by Blacknight it’s the technology.ie podcast, episode 55 for January 11th 2013, with Michele Neylon and Conn Ó Muíneacháin.

Newspaper link debacle update.  Plus – the backlash against twitterphobia!

Google might escape the FTC but EU’s gunning for them now.  (Flashback to Google ubiquity in 2006).  EU is also concerned about how companies are using data.

Need a UK delivery address?  Check out Parcel Motel.  Also useful if you have better things to do than waiting for a delivery.

Stephen Hawking does not welcome our new robot overlords.

Technology.ie is brought to you by Blacknight, Ireland’s largest provider of domains and hosting.  They’re giving away a Kindle Paperwhite!