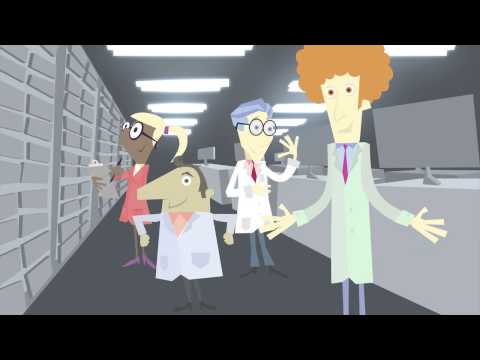 By Conn Ó Muíneacháin on July 7, 2014 in Video
0
SHARES
ShareTweet

So you like watching Netflix? TV shows, documentaries, movies – you can lose hours in there, I know!

But what if you could get paid for it as well?

No, I’m not kidding! It turns out that Netflix employ actual humans as taggers. Their job is to watch Netflix content, and then generate tags to help describe and categorise the content so that the system can generate recommendations based on each user’s preferences. This video explains how:

Netflix are currently recruiting a Tagger for UK and Ireland. Seriously: this is a real job!

The truth is that with 48 million Netflix subscribers there are 48 million different people looking for what to watch next – as a company that is 80% engineers and based in Silicon Valley we don’t leave it to chance. You might love Critically-Acclaimed-Emotional-Underdog-movies, whereas your Gran might be keen on Violent Suspenseful Action & Adventure from the 1980s.

That is where Taggers come in: helping to pinpoint exactly what each member is going to want to watch next. It’s a little bit art, a little bit science and is so super accurate that sometimes it feels like we are reading minds or tea-leaves (we’re not!).  We have a team of people called Taggers that help us to personalise your experience.

There’s more information at jobs.netflix.com. To be fair, they’d like it if you have a degree in film or TV, or a background working in that area. As you’d expect, the hours are flexible and you can work from home!

While Netflix already employ about 40 taggers, this will be the first appointment outside of the Americas. The person appointed will have the opportunity to bring British and Irish cultural sensibilities to bear on the classification of Netflix content. The ad says that “other responsibilities may also include acting as a UK/IE cultural consultant, highlighting UK/IE cultural specificities and taste preferences”.

Ryanair Labs is Launched – and They’re Hiring
How far can Legolas see?