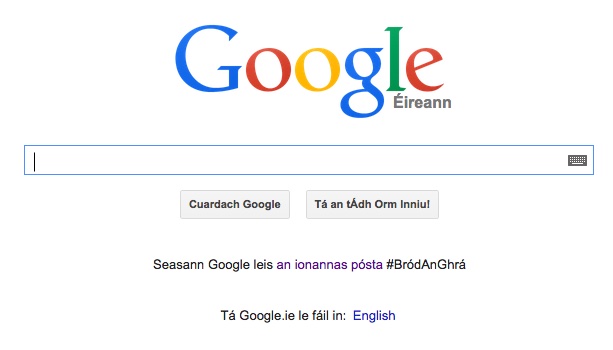 By Michele Neylon on May 21, 2015 in Opinion
0
SHARES
ShareTweet

Google’s homepage for Ireland is currently displaying a subtle, but clear, message: 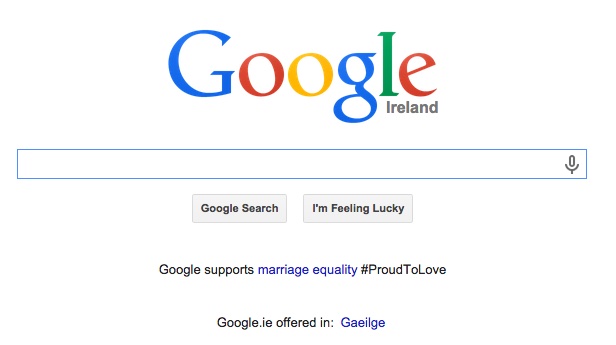 Google.ie is the most popular website in Ireland according to Alexa, with the .ie taking the number 1 position, followed by the .com at number 2.