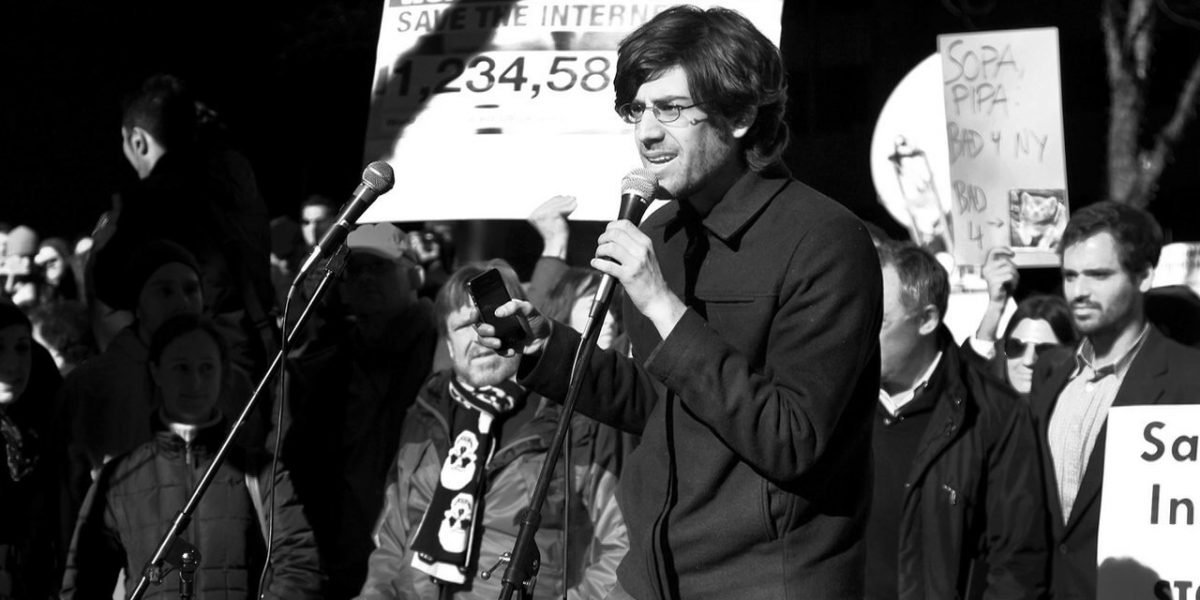 Aaron Swartz took his own life in January of last year. Since then there has been a lot written about his short life and untimely death.

The new documentary film by Brian Knappenberger “The Internet’s Own Boy: The Story of Aaron Swartz” was released last week. The film takes its title from a quote from Quinn Norton: “He was the Internet’s own boy, and the old world killed him”. But rather than focus on Swartz’s death the film is more a celebration of his life.

Here’s a clip to whet your appetite:

Ironically while the movie has been released in cinemas and online in the US it’s not available to non-US users via Apple iTunes or Vimeo. Fortunately the Internet Archive has made available a legal version that anyone can download in a variety of formats.

I watched the film over the weekend and it is very powerful. If you’re interested in online freedom, copyright, surveillance, open source software or just curious then you need to see this documentary.