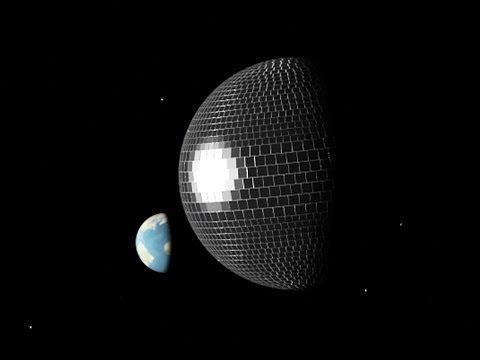 I love this.  It’s the kind of thing scientists talk about on their lunch break.  Then they spend the rest of the afternoon working it out![youtube]http://youtu.be/w8I25H3bnNw[/youtube]

OK – so this ‘up-close moon-sized mirror’ thing is cool (if a little scary), but I’d still really like to know what kind of satellite actually would create a disco-ball effect?