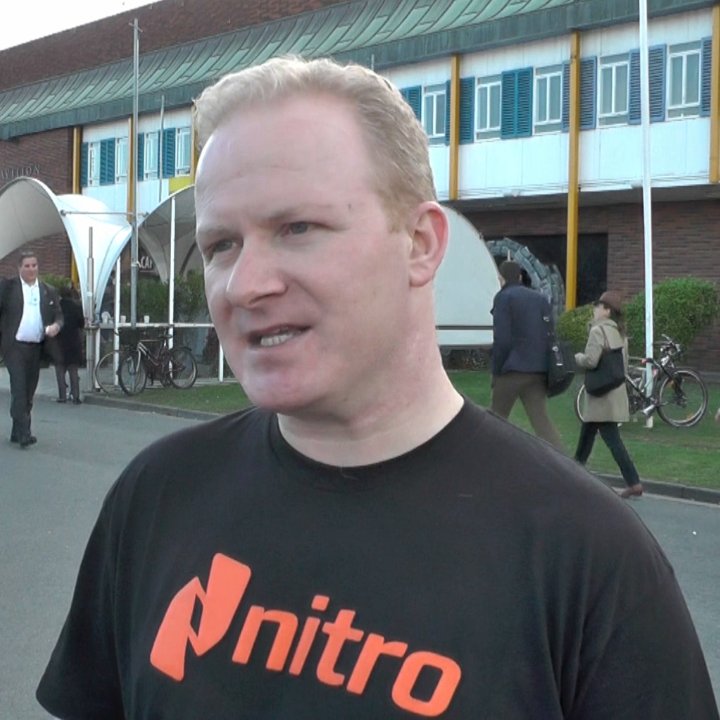 I met John O’Keeffe at Web Summit. He’s VP EMEA for Nitro, a document productivity startup which is challenging Adobe.

Twelve months ago, Nitro EMEA didn’t exist. It was announced at Web Summit 2013 by Taoiseach Enda Kenny, with a target of 50 jobs. That target has since been doubled, explains John, and he expects growth to to develop “even faster and further” thanks to a recent €15m Series B investment by Battery Ventures in the US.

To support growth in EMEA, Nitro has appointed industry veteran Niall Gilmore as Regional Director, EMEA to the area’s leadership team. Gilmore came to Nitro having served five years as Citrix Systems Inc’s Ireland Country Manager and previously working in Microsoft for a number of years on Middle East and North Africa (MENA) operations. Nitro’s Dublin office is actively hiring for a range of positions, including multilingual sales, account management, customer service, and operations staff, as well as engineering and product roles.

Companies use Nitro to eliminate paper-based processes like printing, faxing, and scanning, and help employees and customers share, sign, approve, track, and collaborate on documents faster and more securely. With more than 490,000 customers in nearly 200 countries, comprising leading Irish organisations such as AIB, Bank of Ireland, Tullow Oil and over 50% of the Fortune 500, the Australian-founded company has grown rapidly, and now has over 150 employees in five locations, including its San Francisco headquarters. This latest round brings Nitro’s total funding to $21.6m.

Technology.ie is brought to you by Blacknight, Ireland’s leading provider of domains and hosting.

Jurassic World Trailer is Out, But Why Invent a New Dinosaur?
You Can Forget Uber – but How Do You Make Sure They Forget You?