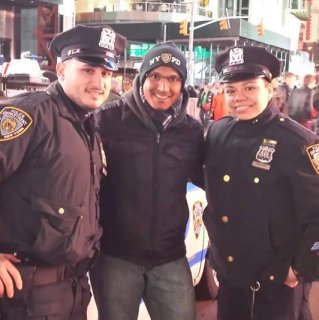 By Conn Ó Muíneacháin on April 23, 2014 in General
0
SHARES
ShareTweet

Inviting the public to share their experiences of your organisation can be a very effective use of social media. But the difference between social media and PR is that you don’t control the conversation, as the New York Police Department discovered when they encouraged people to tag photos using #myNYPD.

Do you have a photo w/ a member of the NYPD? Tweet us & tag it #myNYPD. It may be featured on our Facebook. pic.twitter.com/mE2c3oSmm6

They were hoping for brand-friendly feel-good images like this one:

What they got instead were images like these, showing police violence:

Homeless man is having a seizure. #MyNYPD ease his troubles by shooting his dog http://t.co/hFaFhRQvYs pic.twitter.com/AIZBTvjany

A number of tweets contained images of whistleblower Adrian Schoolcraft, whose actions in reporting apparently institutionalised corruption in NYPD resulted in his involuntary commitment to a psychiatric ward.

NYPD kidnapped #MyNYPD Adrian Schoolcraft and held him involuntarily in a psych ward, because he did the right thing. pic.twitter.com/PfG26kJT2r

It’s a  message for anyone considering doing “PR” on social media. You can’t. (Edit: See comments for an explanation of what I mean by “PR”)