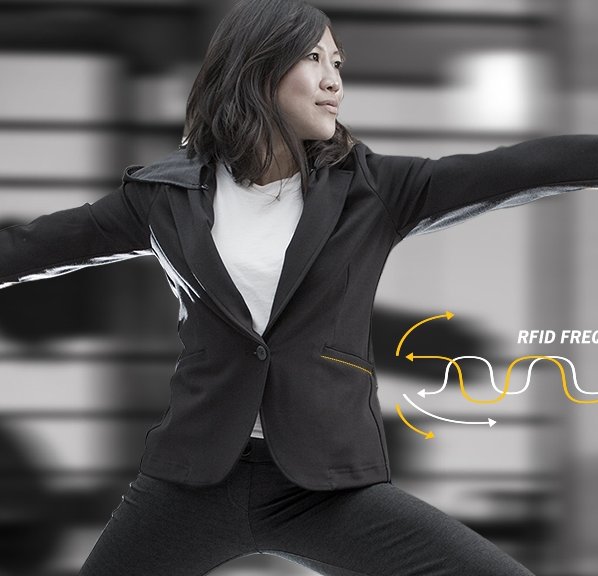 You’ve heard of tinfoil hats? Now US online clothing company Betabrand has teamed up with Norton to bring you RFID-blocking jeans and a blazer, to protect against ID theft.

Credit and debit cards are increasingly equipped with RFID or NFC technology for contactless payments, and the technology is also used in passports. However there is concern that RFID-equipped  credentials can be easily scanned surreptitiously by hackers for the purposes of fraud and identity theft.

The solution, according to this company, is radio-proof clothing. Both the jeans and the jacket are offered through a crowdfunding model: if they get enough orders they’ll make them. The men’s jeans are fully funded and the ladies’ blazer is 24% funded, although Betabrand doesn’t actually put a number on how many orders they’ve received.

To be honest, I can’t imagine either design will be in high demand. Wouldn’t a radio-proof wallet make more sense?