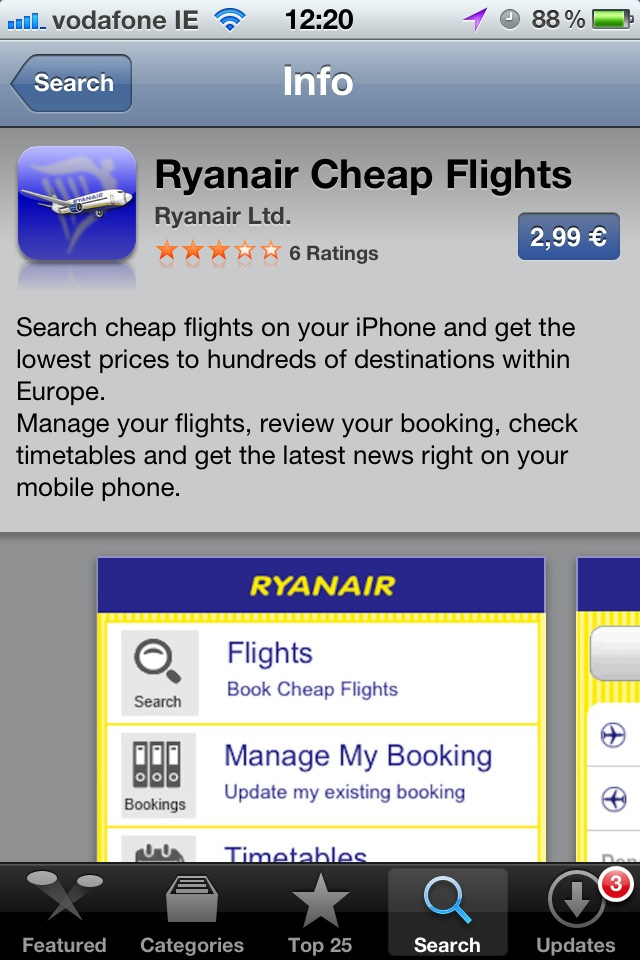 By Michele Neylon on September 5, 2012 in General
0
SHARES
ShareTweet 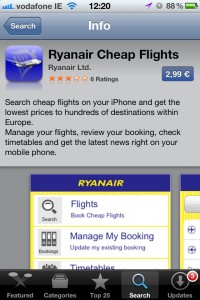 Ryanair want to charge €2.99 for their mobile app

Ryanair have launched a mobile app for iPhone.

That in itself isn’t exactly “news”.

What is, however, is that the budget airline want to charge users €2.99 to download it!

None of the other airlines charge for their mobile apps (why would they??), so what makes Ryanair’s app worth €2.99?

Does it have extra functionality?

Is there some magic ingredient?

From what I can see from the screenshots the answer is a resounding: NO.

The app looks identical to the mobile version of the Ryanair website.

So was Ryanair’s “play” with this simply to get everyone talking about them, or was it a serious attempt at squeezing even more revenue out of the travelling public?

Let us know via the comments!

14 Responses to Ryanair Want To Charge For Their Mobile App?