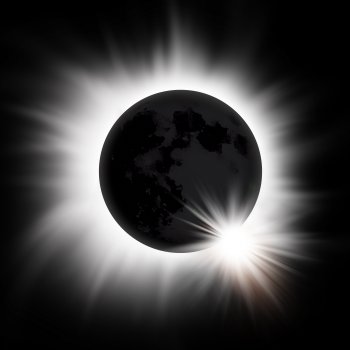 By Conn Ó Muíneacháin on March 19, 2015 in Podcasts
0
SHARES
ShareTweet

Those boffins at Blacknight HQ are at it again! When not tweaking servers or flogging domain names they’ve been known to gaze in wonder at the stars and, with a spectacular astronomical event in the form of a partial solar eclipse scheduled for Friday morning, they’ve decided to stream live video of the event at blacknight.solar.

Blacknight Support Manager and amateur meteorologist Alan O’Reilly joins us on today’s podcast to talk about the plans. Blacknight developer Kevin Sheahan is providing a telescope and filters, and the lads have got to work linking it up to a webcam and video streaming server.

The only thing we can’t control is the weather. Alan says it’s ‘touch and go’ regarding cloud cover for tomorrow morning, but he’s hopeful that there will be enough clear spells to be able to see the eclipse, which is expected to reach about 96% over Carlow.

It’s also a great opportunity to showcase the .SOLAR domain, he says. As Ireland’s only ICANN-accredited domain registrar, Blacknight has been highlighting the opportunities provided by the new Top Level Domains which are coming on stream, including .SCIENCE, .FARM, and .IRISH which launched on St Patrick’s Day.

There are several events being held around the country tomorrow, including at the Front Square of Trinity College, and at Astronomy Ireland. It’s important to stress that one should never look directly at the sun, even during an eclipse. Click here for details of how to make a pinhole camera to safely project an image of the sun.

Blacknight.solar will be streaming live from early tomorrow morning: first contact is due at about 07:40 am, and the eclipse will be at a maximum at about 09:45 am.