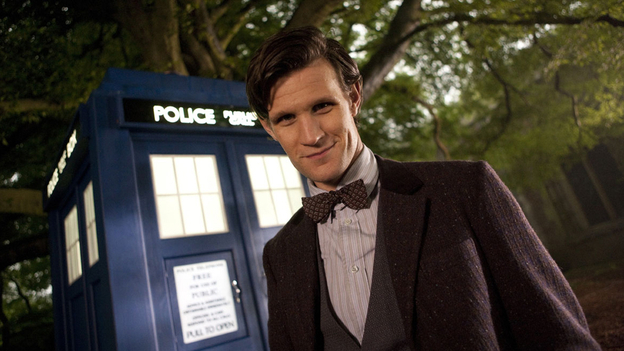 By Conn Ó Muíneacháin on July 14, 2014 in Video
0
SHARES
ShareTweet

There are two kinds of people in Ireland: those who grew up with British TV and those who didn’t. For the second group, there will always be references that go right over our heads and for me, until recently, Doctor Who was among them.

I missed the reboot of Doctor Who in 2005 because, by then, I had 3 kids under 3 and had to give up watching TV altogether. Until recently, the sum total of my exposure to the Doctor’s adventures had been a single, disappointing, ‘wobbly-set’ episode seen in 1980 on a visit to Dublin, and a novel (Doctor Who and the Loch Ness Monster) which I read around the same time.

I enjoyed the novel – probably because the special effects were better! In those days it cost more than the BBC’s budget would allow to render special effects worthy of a writer’s imagination.

My kids are aged between 7 and 10 now, and BBC’s satellite signal is free and clear in the West of Ireland. Over the past year they began watching it on weekends after CBBC shuts down, and my curiosity was aroused.

Thanks to Netflix, I went back to the start and began with Christopher Ecclestone’s Ninth Doctor. A long-time consumer of science fiction, I know that you have to resist the initial gag-reflex (I can’t swallow this!) before you can suspend disbelief enough to reap the rewards of your investment.

Good science fiction rewards you with believable characters who face extraordinary situations.  What if you were the last of your kind, with the power to travel through time and space? What if you lived for thousands of years, while your friends and lovers grew old and died? What if you were an ordinary mortal, offered the choice between everyday life, and a mad adventure among the stars?

I don’t know if  “Classic Who” addresses any of these questions meaningfully (and it’s unlikely that I will bother to find out), but over 6 series of “New Who” I’ve discovered a programme that tackles them in a thoughtful, stimulating and entertaining way. It’s not always perfect – there are some poor episodes – but the overall focus on character development and long story-arcs has created some very rewarding television.

It’s a kids’ programme, of course, and that’s another reason I love it!  Nowadays the border between adult and children’s fiction is blurred on both sides. There are four Doctor Who fans in our family and we’ve found the paradoxes of time-travel make an excellent topic of dinner-table conversation for under-10s!

Now, Matt Smith’s Eleventh Doctor has given way to the Twelfth, played by Peter Capaldi. Briefly shown at the end of the last episode, his adventures proper will begin on August 23rd.  BBC have just released the full trailer.

I’m looking forward to this, and I know three other little fans who feel the same! And in spite of the news that scripts and a rough cut of the first episode have been inadvertently leaked online, we’ll be keeping our home (and Technology.ie) a spoiler-free zone!

We have the Technology, We need Ethics to Match – Prof Barry Smyth, CEO Insight [Video]
Last chance to Save €1000 on your Summit Ticket