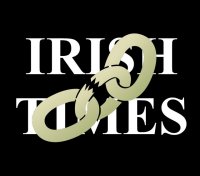 By Conn Ó Muíneacháin on January 4, 2013 in Podcasts

Brought to you by Blacknight it’s the technology.ie podcast, episode 54 for January 4th 2013, with Michele Neylon and Conn Ó Muíneacháin.

This image does not link to The Irish Times

Riker Ipsum! Very silly, but amusing if you’re a Trekkie

Not tech related .. but ..  Irish actress Saoirse Ronan is on a list of 50 hottest in Hollywood.

Google and others pushing for paperless.

Zynga shutter a bunch of apps.

It seems the National Newspapers of Ireland are actually serious about this link licence business.  Writing in The Irish Times, Laura Slattery predicts “Paywall City” for the last few papers left standing, in an article about trends in Irish media for 2013.  It’s worth a read if you can find it, but unfortunately we can’t afford to link to it.

Finally: The End of the Public Phone Network.

Technology.ie is brought to you by Blacknight, Ireland’s largest provider of domains and hosting.  Check out their social media giveaway!