By Conn Ó Muíneacháin on November 13, 2014 in Video
7
SHARES
ShareTweet

Scientists at Mission Control in Darmstadt, Germany celebrated as they received the signal from Rosetta confirming the landing.

At a press briefing later, the news was confirmed, although it was also revealed that the harpoon mechanism designed to anchor the lander to the low-gravity comet had not worked. Telemetry from the craft appeared to indicate that it had, in fact bounced. A tweet from the offical @Philae2014 account this morning confirms that it actually bounced twice, in fact making three landings before settling on the surface of the comet.

The ESA has released a photograph by Philae of its new surroundings. The picture shows one of the lander’s legs next to what might be the side of a boulder, cliff face or the wall of a crater. If that’s the case, it may mean disappointment, as the landing site had been chosen so that the lander would have a view of the horizon. Critically, if the lander is not in the open, then it will not be able to recharge its batteries using solar panels. 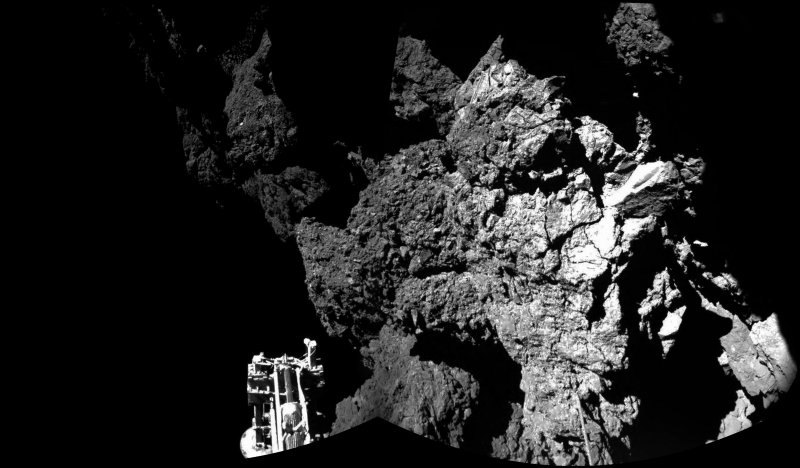