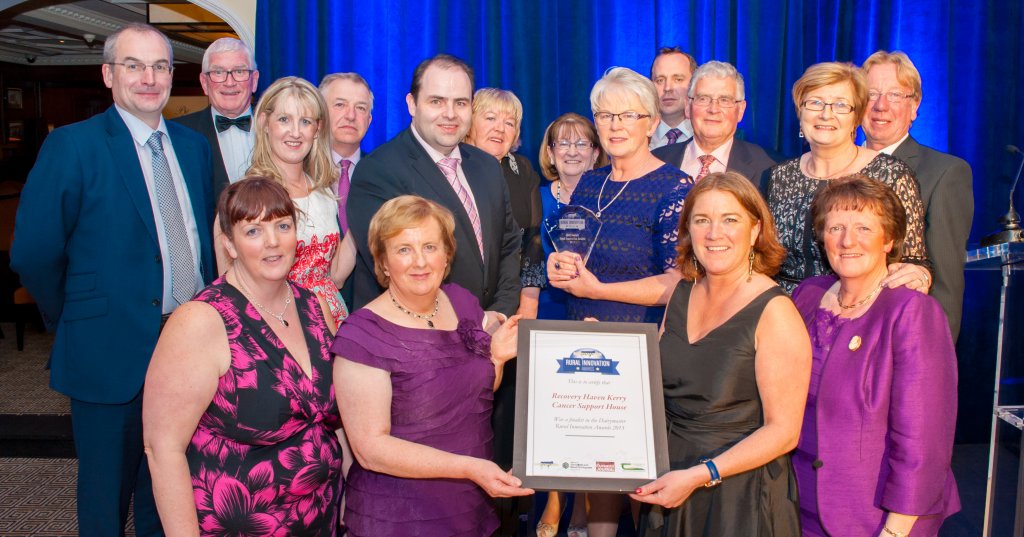 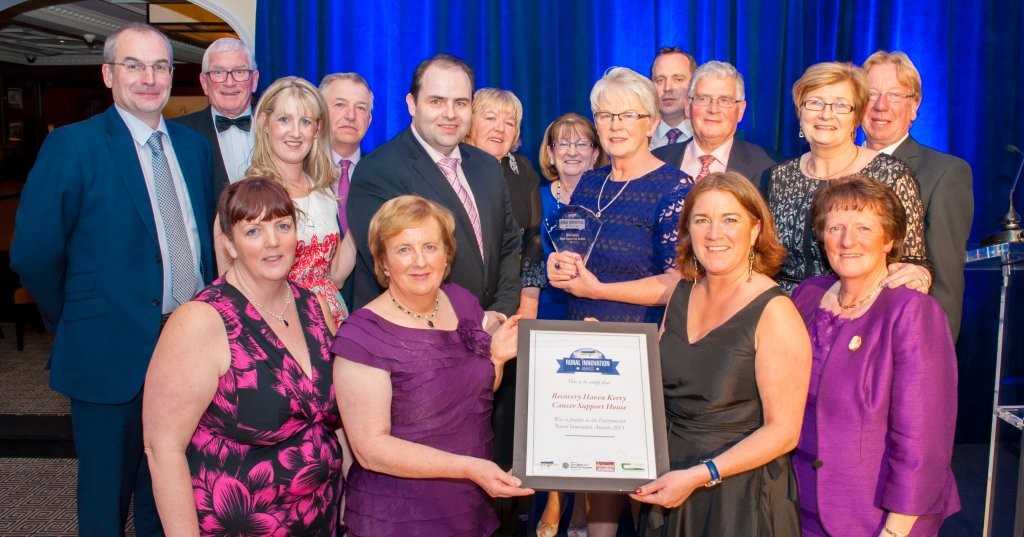 The first ever Dairymaster Rural Innovation Awards Ceremony was held Tuesday night 26th May at Ballygarry House Hotel, Tralee with over 240 attendees. The competition was open to innovators from every county in Ireland and finalists from the four provinces were in attendance. Prizes were awarded in three categories, plus the overall Dairymaster Rural Innovation Award.

That overall award went to Recovery Haven, which also won the Community Focused Innovations Category. It is a community based initiative which enriches the lives of those going through their cancer journey while also supporting their family and friends. They provide emotional and psychological support which is essential while going through times of stress. Marion Barnes identified a need for a cancer support house in Tralee. The unique thing is they are totally volunteer funded. The success of Recovery Haven is purely based on fundraising events throughout the year organised by a team of very dedicated volunteers. The Tralee centre has been so successful they now have part-time services in Killarney and Cahersiveen with the hope to expand into further towns and villages around Kerry in the coming years.

Fresh Extend, owned by Brian Hampton, was the winner of the Farm Innovations Category. Brian owns a fruit farm and has developed a new innovation which makes the saying “one bad apple spoils the barrel” a thing of the past. This system is completely chemical free and extends the shelf life of apples and other fruit.

The winner of the Rural Business Category was Samco Ltd. Samuel Shine developed a bag press as an innovative solution for storing moist feed for animals on farms. Now that milk quotas have been removed farmers will seek to produce more. This could solve a lot of challenges on dairy farms in relation to buffer feed storage. 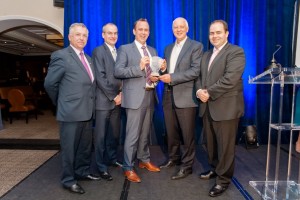 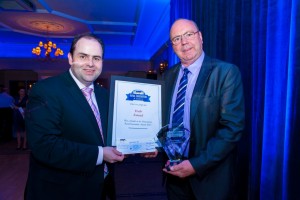 The Awards were established to emphasise the level of innovation that goes on beyond the major urban centres across the island of Ireland. They are sponsored by Dairymaster and are supported by the Irish Farmers Journal, Teagasc and the Department of Agriculture and Rural Development (DARD).

“Innovation is like baking a cake, once you get the right ingredients, it’s what you do with those ingredients that makes the difference” said Dr Edmond Harty, CEO, Dairymaster.

“These awards are all about the people, its people who innovate, whether by accident or breaking rules – they find a way. Agriculture touches the lives of everyone every day.  In rural communities and businesses, innovation is the difference between thriving and dying. As a company we’ve always focused on innovation and people. That’s why these awards had to be established and why Dairymaster is sponsoring them.”

There are more pictures from the night on Facebook.