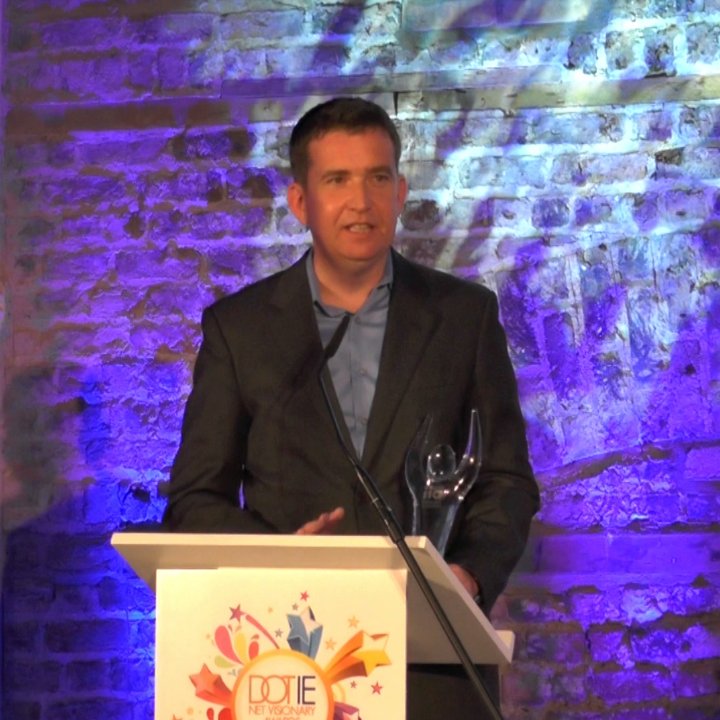 On Friday night, the Dot IE Net Visionary Awards was a heartwarming occasion. It’s great to see old friends and meet new ones. And after a night of awards in different categories, there is a special moment when one among us is singled out for that special recognition: the Overall Net Visionary Award.

Reading the citation, Joan Mulvihill, CEO of the Irish Internet Association, relished the chance to manipulate the tension and drama. “I made a grown man cry last year“, she began. You can hear her speech in full in this video: a warm tribute to this year’s “battle-scarred winner”. And you can hear the response of the the man who received the award: Mark Little, whose startup social media news agency, Storyful, was acquired by News Corp last year.

Mark talked about “crying on the inside” at a previous IIA event, as he privately feared his company was running out of funds in its first few months. He paid tribute to the team who risked their futures along with him because they had faith in his vision, and he talked about the support, solidarity and friendship in the Irish startup community.

It’s a community which he believes has matured in recent years, especially in its willingness to recognise the essential relationship between failure and ultimate success, and he challenged his audience to “fail better”, as he expressed the conviction that Ireland has reached the point at which we could see 20 or more successful exits per year.

It was a great speech; a moment for reflection and celebration, and he had more to say in an interview afterwards with Technology.ie, which we will bring you tomorrow.