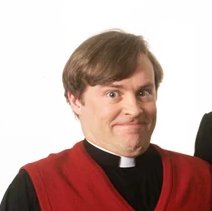 By Conn Ó Muíneacháin on February 27, 2015 in Video
0
SHARES
ShareTweet

If you watched all of House of Cards Season 2 in its first weekend, you’ve had a long wait for Season 3!

The wait is over: all 13 episodes of Season 3 appeared on Netflix in Ireland at 8am this morning. But when I went to look for it I discovered something else which might vie for our attention this weekend. 12 months after disappearing from Netflix UK and Ireland, Father Ted is back!

Whatever you end up watching this weekend, don’t forget to come up for air occasionally!

Created by Golden Globe® and Emmy® nominated showrunner Beau Willimon, the critically acclaimed House of Cards starring Golden Globe® winners Kevin Spacey and Robin Wright, returns to Washington with the stakes now higher than ever.  President Underwood (Spacey) fights to secure his legacy. Claire (Wright) wants more than being First Lady.  The biggest threat they face is contending with each other.

Based on the BBC miniseries of the same name (also on Netflix!), the third season of House of Cards is executive produced by David Fincher, Joshua Donen, Beau Willimon, Kevin Spacey, Dana Brunetti, John David Coles and Eric Roth. The one-hour drama is produced by Donen/Fincher/Roth and Trigger Street Productions, Inc. in association with Media Rights Capital for Netflix.