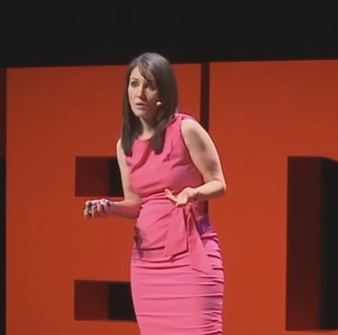 Lisa Maree Domican is a social entrepreneur, creator of the Grace App, which was inspired by her experience of raising two children with autism. Although she has a strong business background, Lisa admits she knew little about technology until she saw an ad for the newly launched iPhone and realised it could be a platform to help her daughter to communicate.

Last year she spoke at TEDx Dublin, to share her story of becoming “an accidental entrepreneur”.

On Friday last I had the pleasure of meeting Lisa Maree at WASup Kerry, the second of the Wild Atlantic Startups events which are being organised in different locations along the West Coast of Ireland. Lisa spoke on a panel on social entrepreneurship and afterwards I conducted an extended interview with her at the hotel as the participants settled in for the evening, while the storm grew outside.

We’ll bring you that interview later this week, the first in a series of videos from WASup Kerry. But do watch the TED talk above first; our conversation will pick up from there.