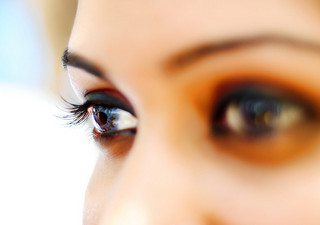 By Conn Ó Muíneacháin on January 16, 2014 in General
0
SHARES
ShareTweet

Gene therapy has been found to restore eyesight in patients with Choroideremia, a previously incurable inherited disease which progresses throughout an individual’s life, resulting in blindness.

New Scientist reports that a team at Oxford University modified a virus with a copy of the CHM gene, which is defective in sufferers of Choroideremia. The virus was then injected into the retinas of six patients with the disease, all of whom have reported an improvement in their eyesight in the months since receiving the treatment.

Genes work by directing the production of certain proteins.  The CHM gene produces a protein called REP-1, which is needed by cells in the retina to work.

Viruses work by invading the DNA of a host cell, and inserting DNA which does the work of the virus, including producing more viruses as in the case of colds & flu.  In gene therapy, scientists exploit this ability of viruses to rewrite a cells genetic code, except that the code they give the virus is designed to be beneficial to the patient, not harmful.

Viral gene therapy has however, not been without side effects.  According to New Scientist, initial success in treating Bubble Boy Syndrome was followed by setbacks after two patients developed leukemia.  Techniques have been refined over the last 20 years, and first of the Choroideremia patients has had no regression or side effects in the two years since his treatment.