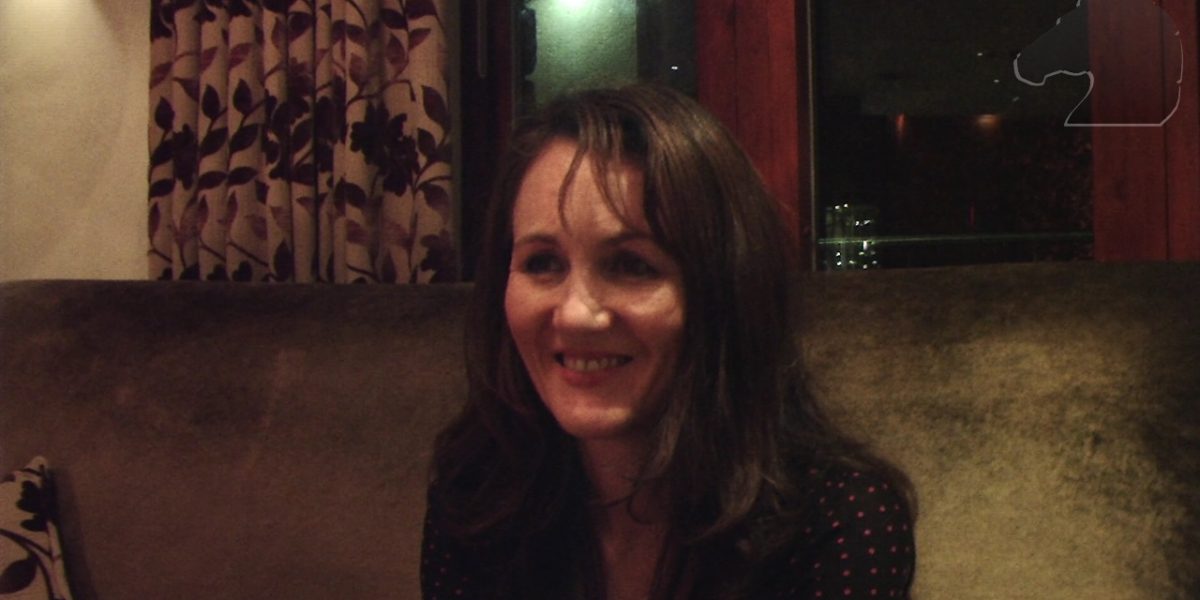 “If you want to find out if your arse looks big in something, ask an autistic person”, says Lisa Maree Domican, explaining that autistic people have a lot to offer in a society which is open to diversity.

“We build ramps and we widen parking spaces and doors to allow people who are physically disabled to be included in the workplace. For autistic people, we have to understand how they work, and a lot of the time it’s about rigid schedules, understanding parameters, being able to accept the fact that they may not comfortable with small talk or eye contact, and not to judge them for that. But at the same time they are rigorous; they’re detail-oriented; they are very straight.”

She notes that these are qualities also valued in the technology industry. Furthermore, she views the tech industry and citizen-led social entrepreneurship as excellent models for providing services to people with special needs.

Lisa Maree is the inventor of GraceApp, a mobile app which has sold 30,000 in four years, designed to help people with autism to communicate. Earlier this week we published the talk she gave at TEDx Dublin, which explained how GraceApp came about. Last week Lisa Maree spoke at WASup Kerry in Tralee, and afterwards she gave an extended interview to Technology.ie.

“We used to outsource autism. We used to send people away”, she says, referring to society’s history of institutionalising people who are different. Now she and others work to increase the visibility of people with autism, something she says is particularly welcomed in Ireland.

“Ireland is absolutely brilliant”, she says, “it’s a really inclusive, supportive place”. She puts some of this down to the Irish tendency to be rule-breakers and “messers”. While it can be annoying, she says, it’s a great hothouse for people who are prepared to hack, break things and find a better way. “To be able to do what I do, I think – I’m pretty sure – I could only have done it in Ireland”, she says.

The Irish tech community took her to their hearts straight away she said, because she had created a “viable product”. Official Ireland is however, a very different place, she says, referring to “gatekeepers who are afraid”.

“The problem is that the gatekeepers have the funding and the gatekeepers have the power, and today during the social entrepreneurship discussion, Eamonn Fitzgerald from Social Entrepreneurs Ireland mentioned that there is a reticence in Ireland to recognise social entrepreneurship – it’s almost a dirty word. And what I would have said is: let’s look at citizen-led initiatives, because if we call it ‘citizen-led’, we’re talking about people who are in a situation, who have found a way around the situation; who have that expertise. We have to find a way to fund and support them, because we cannot be outsourcing to the holy orders. That Ireland is finished, for so many reasons, where you just park something and hand it over to the holy orders.”

The problem with that kind of black-box approach by government is that, when their budgets are cut, charitable organisations may cut services rather than salaries.

“Citizen-led initiatives are, by their very nature, able to pivot … They have no incumbent infrastructure that they [might] prioritise over what they are supposed to be doing, which is helping people”

Technology.ie is brought to you by Blacknight, now offering names in hundreds of new generic Top Level Domains and a range of quality hosting options. We’ve got more on the way from WASup Kerry in the coming days.