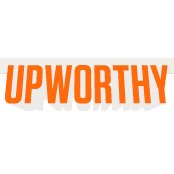 Those Upworthy posts are certainly viral, but according to the latest data, when it comes to the number of Facebook shares per article, there’s simply no comparison with anything else.

Newswhip have published their monthly report on the most viral publishers for November, based on data from their Spike Database.  The Huffington Post got 27 million Facebook interactions (combined likes, comments and shares) in November, followed by 20m for Buzzfeed and 17m for Upworthy.

But as Derek Thompson reports at the Atlantic, the truly amazing statistic is that Upworthy achieved those interactions with just 225 articles, while the Huffington Post published 18,060 in the same period:

“The site is so much more dominant than other news sites on Facebook that when you graph its Facebook-shares-per-article, it looks like a skyscraper dropped into a desert” 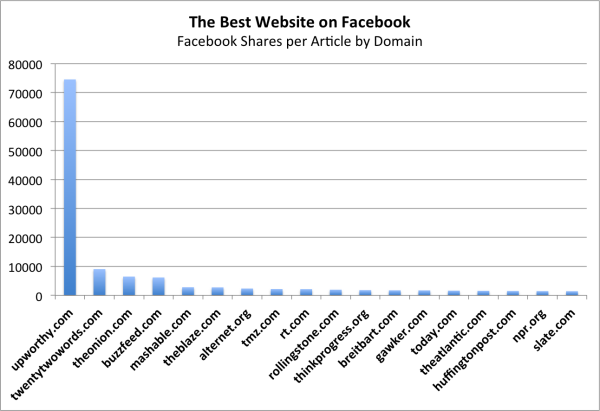 Newswhip’s data also gives a great insight into the differences between Facebook and Twitter, where the BBC leads the field, followed by Mashable and the New York Times.