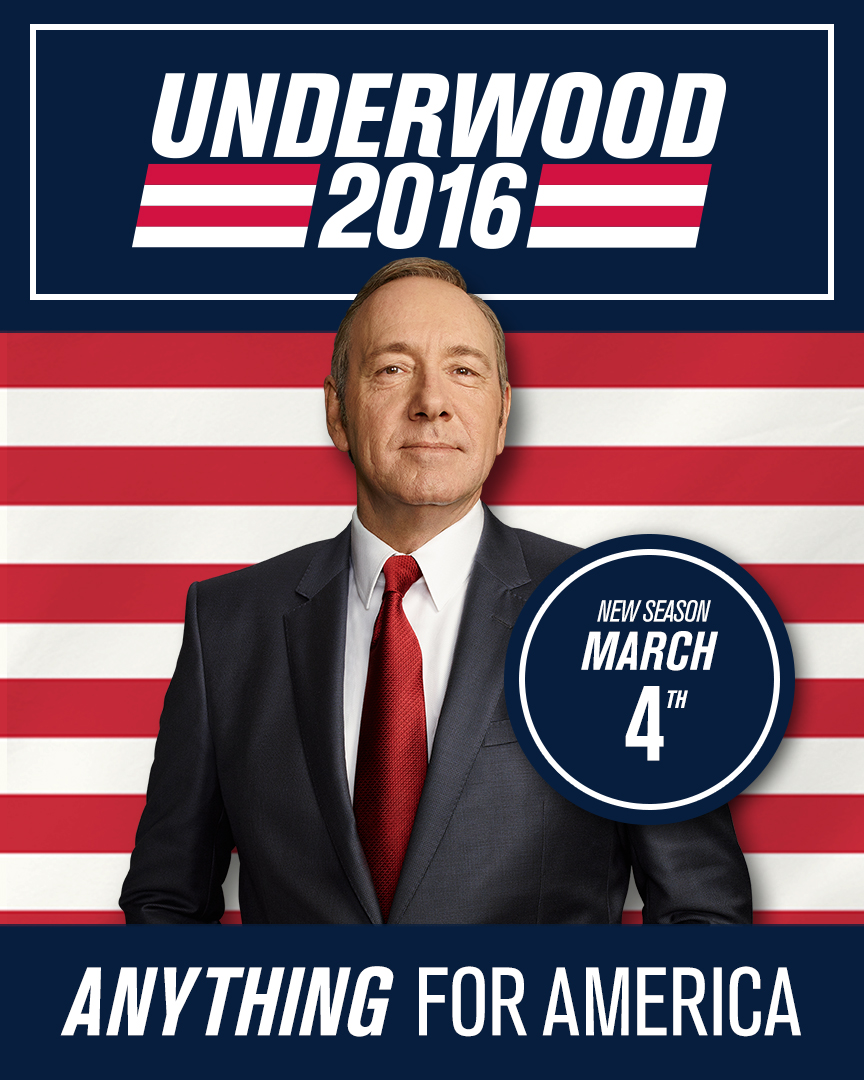 By Michele Neylon on December 16, 2015 in Video
0
SHARES
ShareTweet

The campaign video (above) includes a reference to FU2016.com, which is a rather creepy, but amusing, campaign site for Underwood. Kevin Spacey’s eyes follow you around the screen if you mouseover his image! The site also allows you to upload your own images to make banners featuring the “FU”. You can also tweet your support for the candidate.

While the video and site are being launched to promote the upcoming 4th season of House of Cards, that debuts on March 4th next year, it’s probably better than the campaign sites of many real politicians.